Yesterday, Day 86, I flew from Rio north back to Colombia, and the city of Medellín. One of the world's most dangerous places in the 1990s, when it was controlled by drugs lord Pablo Escobar, it's now a hip and happening tourist place – though still with some dodgy areas. I was worried my hotel might be in one, but it turned out to be full of people celebrating Medellín's Christmas lights, so felt safe and sociable. Some images – such as deckchairs or characters in sunglasses (pic) – betrayed a different Christmas climate to what we're used to at home. 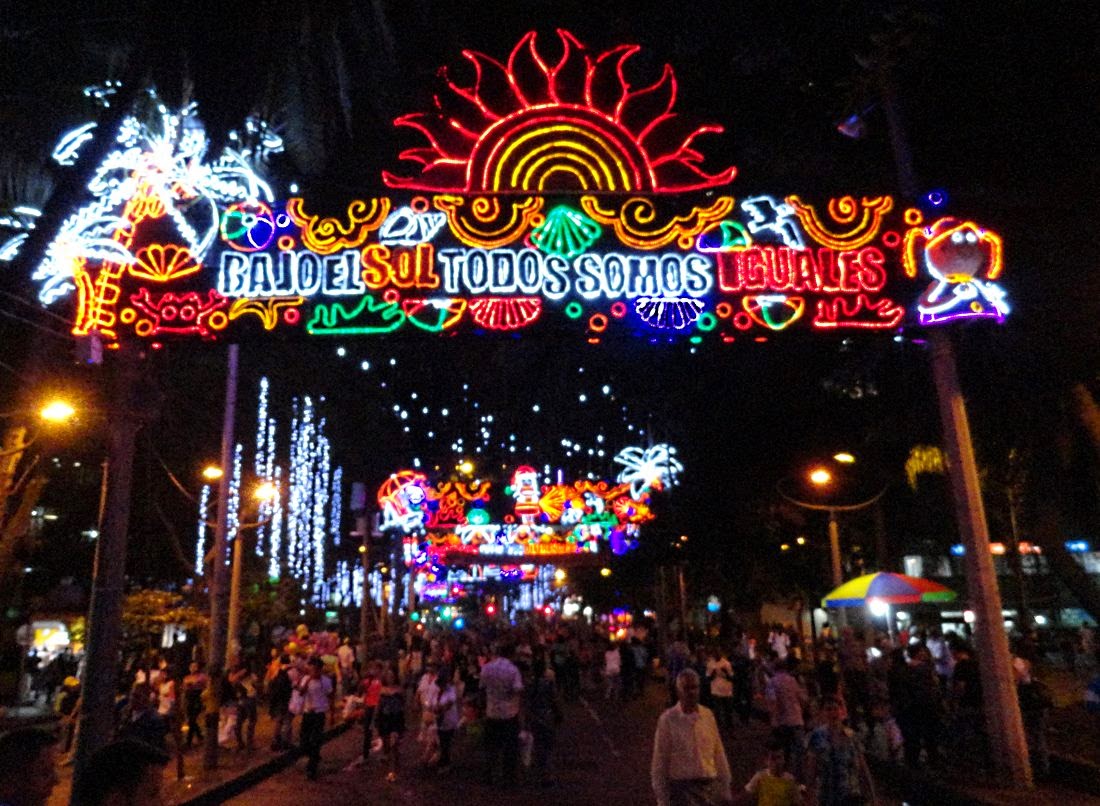 The messages (pic) were nothing to do with the season, but stirring socially responsible slogans celebrating equality and diversity. Certainly there was accessibility for all for food and drink. From the street sellers, local shops and resto-bars, I could buy ice cream, fresh fruit smoothies, a bottle of beer, a kebab and potatoes, or hot pasties, all for 30p to 50p each. How to choose? So I had one of each. And an extra smoothie and ice-cream just in case. I like this kind of economy. 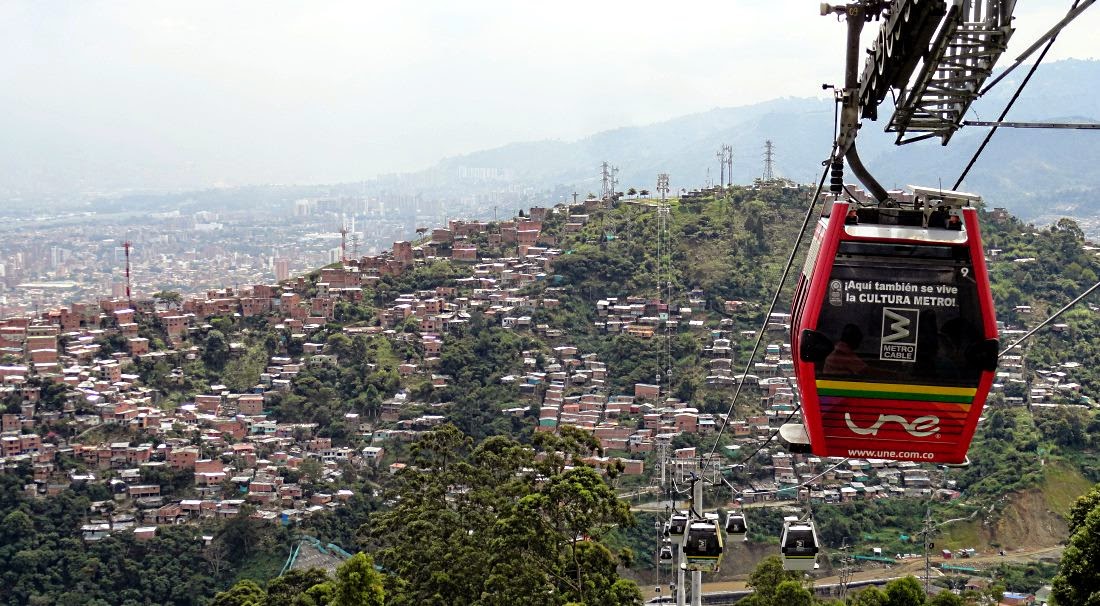 Today I went up Medellín's thrilling cable car system (pic). It's an integrated part of the metro network, with connecting lines – one ticket (less then 60p for any distance) covers train and cable car – and it was packed with locals. It's rather similar to the cable car crossing of the Thames in London, except for the bit about being packed with locals, and being integrated, and costing 60p. 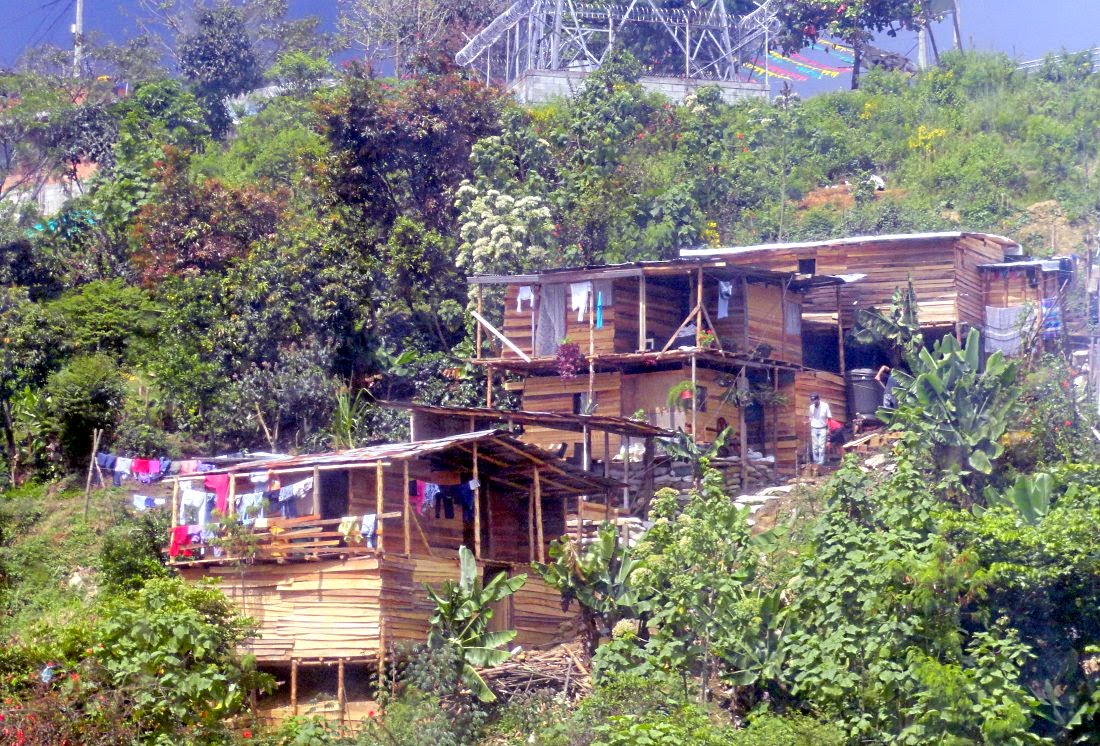 Anyway, it reaches up and over the mountains into poor neighbourhoods, shanty towns really, that didn't previously have access to the centre. The hillsides are covered with ramshackle houses stacked up against each other, most of breeze blocks, many of corrugated iron sheets, and some of wood (pic). German draughtproofers would stare with dropped jaws at the non-existent insulation science here, but with year-round warm spring weather, they wouldn't get much work anyway. 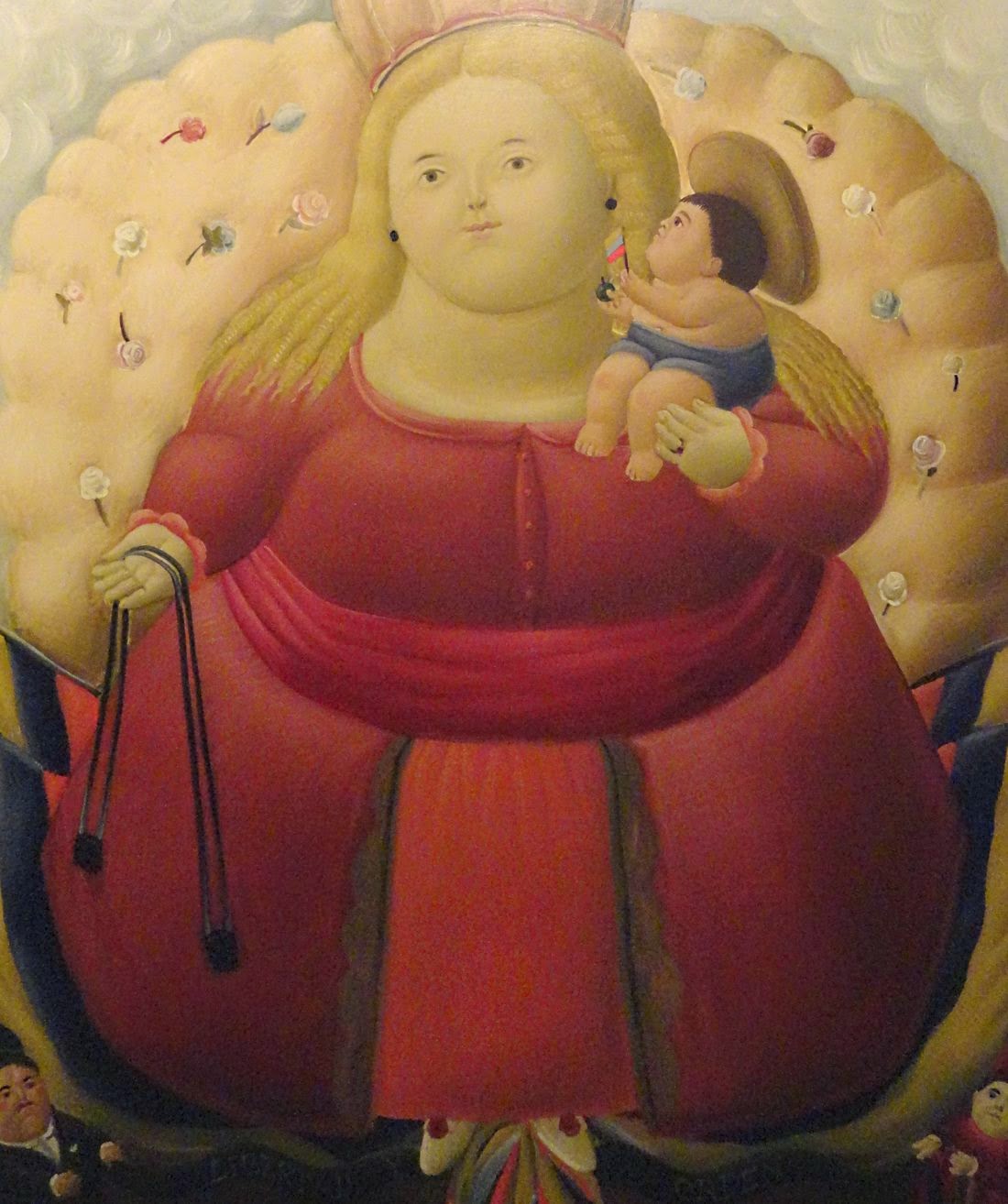 Finally I dropped in to a couple of modern art museums. The central Museo de Antioquia has a big collection of Medellín-born Fernando Botero, famous for making everything and everyone fat. Mona Lisa, Jesus, Paul Cézanne, Pablo Escobar, horses, guitars, fruit: all fat. An information board stresses 'they are not really fat, they are his formal bid for expressing the sensuality of form, for exploring the possibilities of volume and to give monumentality to the protagonists of his visual world'. So here's a pic (pic) of Jesus's mother Mary. A bit more exercise and a bit less cake would make her a little less monumental.

Rob Ainsley
Cycling writer. Do more cycling than writing though. Live in York but usually away.

Email me on rob [dot] ainsley [at] mail.com.

Other blogs of mine